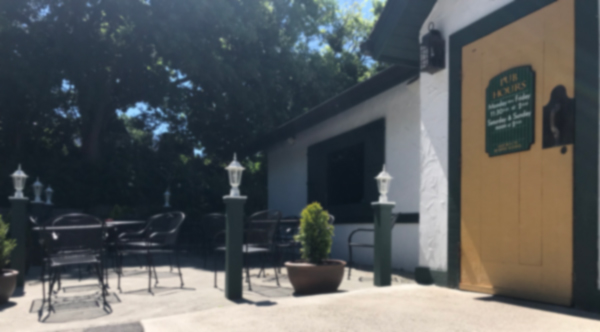 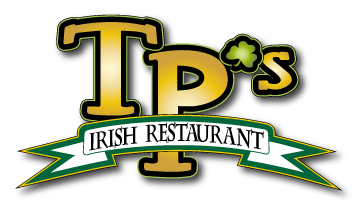 COVID-19 has turned the entire world upside down, and that goes especially for the service industry. After deciding to close down temporarily, TP's Irish Pub decided to re-open for pickup service and we needed to get the word out.
Share this post:

Due to the pandemic, many restaurants were forced to close their doors once in-house service service was prohibited, including my longtime client, TP's Irish Pub. Known for their friendly and comfortable cottage-style atmosphere, TP's had found success since 1985 as a place where people go to spend time, not to pick up food and leave - so losing the ability to offer service in-house was especially hard. In the beginning of the COVID-19 situation, TP's decided to close their doors instead of offering curbside or delivery right away.

After taking some time to evaluate their situation and formulate a plan for serving the public safely and efficiently, TP's decided to reopen their restaurant for curbside pickup service. Having worked with TP's since 2012 on many of their marketing efforts, I was approached a week before curbside service was set to begin to help promote curbside service. 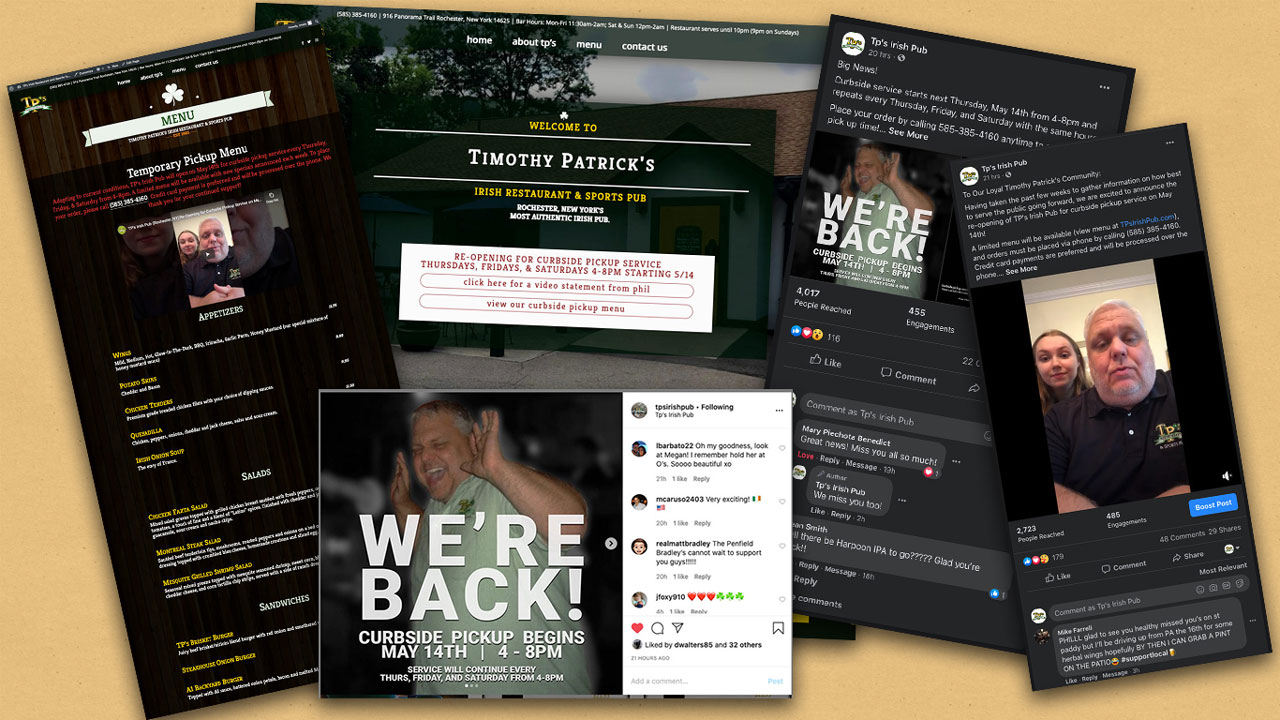 Prototypes and graphic samples were presented via text message and Zoom video conference to save time and adapt to current quarantine conditions.

The challenges on this project can be broken down into the categories of timing and breaking through the heightened level of social media saturation.

In the days of this pandemic, things change on a daily (sometimes hourly) basis. When the decision to re-open was made, we had less than a week until the day service was set to begin. Therefore, creation of materials had to be done expeditiously. Prototypes and graphic samples were presented via text message and Zoom video conference to save time and adapt to current quarantine conditions.

As long as stay-at-home orders are in place, social media activity will be much higher than normal. A strong argument can be made that social media has been a saving grace of this pandemic because it has allowed people to stay connected, and the world is taking advantage. Not only are individuals posting more often, but businesses are using platforms to promote their own pandemic-altered offerings. For TP’s, it is important to play to their established community and utilize media connections to stand out from the crowd

Given the quick turnaround of this project and the landscape of society during quarantine, we knew that social media was going to be our biggest weapon, but the efforts must be organic to save costs. Therefore, a plan was devised to announce curbside service in advance (1 week in advance of service beginning), and continue during service with engaging and entertaining content including:

To ensure that social media efforts were being championed within the walls of TP's, a one-sheet social media marketing guide was provided to the staff. This sheet explained how and when to take photos and videos, and how to post them (or send them to me so I could edit and post them myself). This way, we would ensure that content would be coming from TP's even when I wasn't able to be there.

Outside of hitting the social media platforms where we had previously established solid followings (Instagram, Twitter, and Facebook specifically), I noticed that local news stations were promoting restaurants offering service during the pandemic on their websites. These local news sites created directory listings of all restaurants that were open, but also showcased some of the long-time Rochester staples and more popular spots that have adapted. Recognizing this as a quality earned media opportunity, a Press Release was submitted to local news stations, including those with which TP's already has an established relationship from previous media relations efforts.

Finally, website updates would be required to house the temporary curbside pickup menu and hide the full menu (until it became available once again). Also, since the curbside menu would likely be altered every week, it must be programmed into the site in an easily editable way, this was accomplished using my Restaurant Menu System with ACF Pro.

As part of the announcement, I wrote a video script to be read by Phil, TP's Irish Pub's owner. I felt including this video played up the humanization of the situation and allowed people to see and hear from Phil (who is normally a fixture at TP's and very popular) when they hadn't in a while. The video was filmed simply - in his home with his phone - and his daughter was featured as well. The video was then posted on the website, social media pages, and YouTube.

Once service began, the plan was to focus primarily on social media content marketing with the following guidelines:

Once the curbside service has begun, it becomes my job to research options for online order processing. The ultimate goal would be to install a system where people can place their orders online rather than over the phone. This would provide convenience and would also attract a new set of customers who may be more averse to placing phone orders. As this project is in process, more details on this phase are upcoming 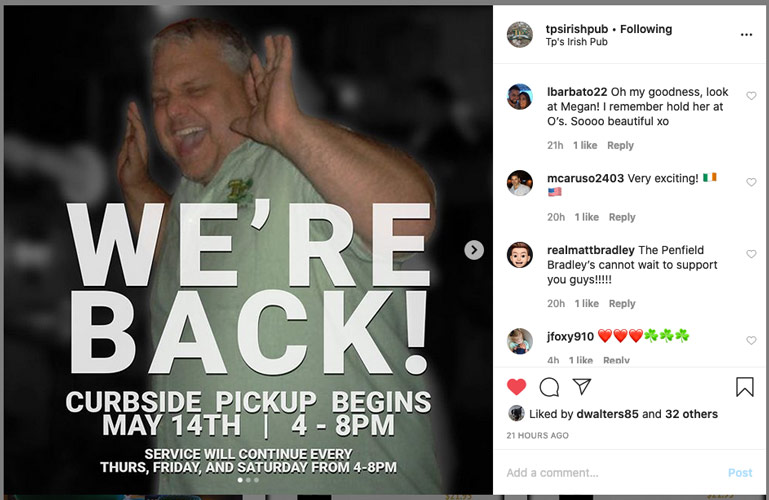 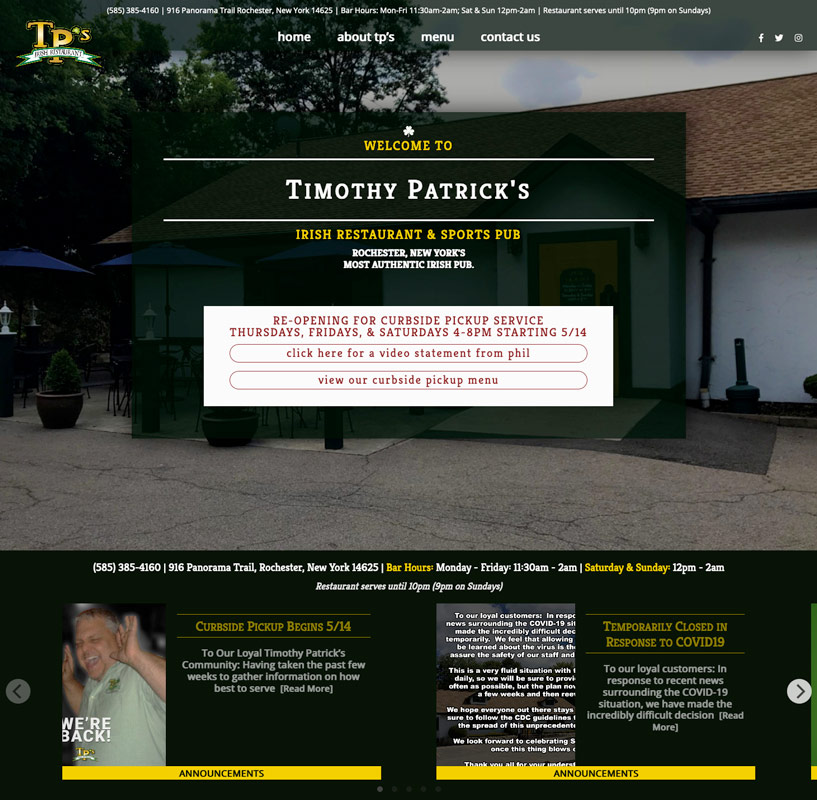 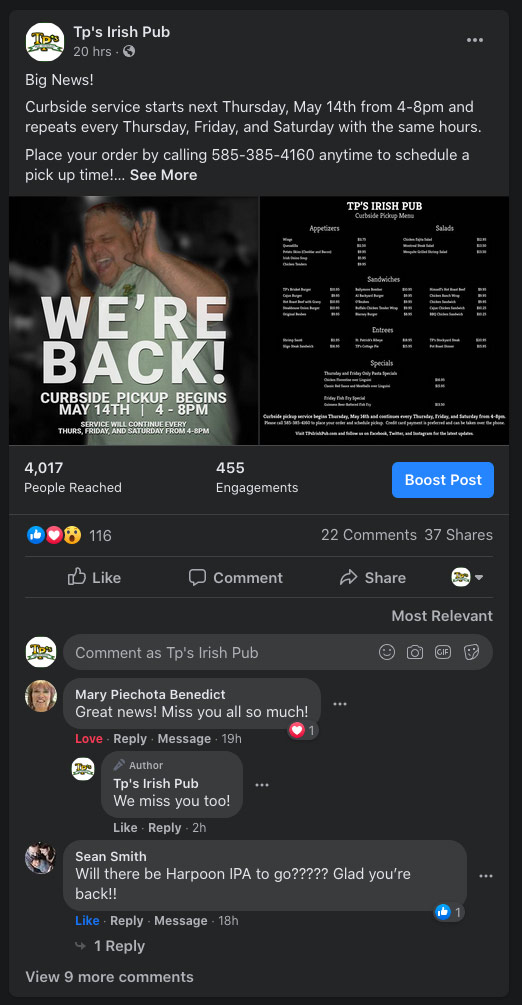 Within the first 24 hours of announcing the curbside pickup service, the following has been achieved: